Movement Screening "We are pioneers in movement screening - the latest tool in sports and physical performance, which will help us to give you the edge over your pain and fulfil your athletic potential."

Bread & Butter "Here is a revolutionary reality; no two problems are the same. Every body is unique. Would you rather see someone who will fit your problem to their skills or put your faith in physical revolution: - forerunners in physiotherapy whose ethos is not only to reduce your pain, but also to find and resolve the root cause of your physical problem."

Gait Analysis "Running is the fastest growing activity in Britain but injury rates run as high as 56% in the running population each year. We will address any biomechanical and technical dysfunctions to leave you free to explore your limits."

Ergonomics "The production loss of low back pain alone to the U.K. in 2009 was an estimated £3.5 billion. We are passionate about reducing these costs for you and your company. We will conduct an in depth analysis of the physical stress and biomechanics in your daily work and postures to highlight and eliminate injury risks."

TESTIMONIAL 1: Liz came to Physical Revolution suffering with chronic lower back pain which was preventing her from taking part in the sports that she loves: namely swimming and jogging. Watch the video to see how she did...

TESTIMONIAL 2: Here is the story of one of our athletes, Darren who came to Physical Revolution Worthing Physiotherapy to work on his Running performance. Here is his testimonial and some of the video work we did with him. Look at the change in angle at the hip at the start and end of the video - increased hip flexion by 40% ! ..which equated to faster stronger running:

"I've been running pretty regularly for a long time. As bits of me started to wear out and hurt more, I decided to think about how I run… I’d never been taught how to run correctly. I responded to the whole “born to run” hype and made the move to forefoot running a couple of years ago - it certainly seemed to help and I got injured less often, but I didn’t know if I was doing it right.

Then I sort of stumbled into doing a few trail marathons and enjoyed them (well, I enjoyed finishing them!). With my mid-life crisis rapidly approaching, I foolishly booked to do the South Downs Way 50 in April 2015. It was getting serious and I decided that I had better learn how to run properly - so I went to Matt at Physical Revolution.
Matt did a thorough analysis of my running style, balance, coordination and core strength (very important for runners, apparently!). He took lots of videos and used these to show me what was going on and how I could improve. The videos were great for me, sometimes I can struggle to understand instructions, once I’d seen my running the problems and opportunities to improve, were obvious.
Over several weeks I was given a series of exercises to improve my balance, body awareness and strength. It took a little time, but started to make a big difference. Regular check-ins after longer runs, by both text and in consultations helped to diagnose problems and fix them. I began to learn what it felt like to run using the right muscles. Matt’s knowledge, adaptability and enthusiasm kept me going and helped things click into place. It takes a  long time to change the way you run, but I’m starting to see the results. I’m around 30 seconds per kilometre quicker than I was and I can sustain this speed for longer, because I’m using the right muscles to run. Because I’m using the right muscles I can recover quicker and it hurts a bit less! That means I can run more often without getting injured and feeling much less tired.
In the last three months I’ve run my best 10K and Marathon times and I can run up hills much easier. A couple of weeks ago I completed the South Downs Way 50, beating my target time by over an hour.
I have no hesitation in recommending Matt and Physical Revolution to fellow runners. Whatever your ability, learning how to run properly will change how you feel about any distance, from a Park Run to an Ultra".
Youtube Facebook Twitter Twitter
View our Blog 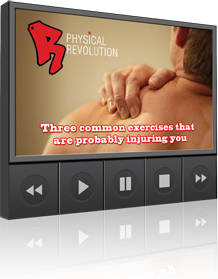